Skip to main content
It looks like you're using Internet Explorer 11 or older. This website works best with modern browsers such as the latest versions of Chrome, Firefox, Safari, and Edge. If you continue with this browser, you may see unexpected results.
University of Rhode Island

Ways to Get Research Help

Chat With Us
(During Info & Research Help Desk Hours)

What is a Historiography?

There are two common uses of the term "Historiography."

The major purpose of writing a historiographical paper is to convey the scholarship of other historians on a particular subject, rather than to analyze the subject itself.

Thus, a good historiography does the following:

Why is it Important?

The process of writing a historiography shows you the research that has been done on your topic in the past.

A historiography can give you new angles to research and new interpretations to dispute.

Most importantly, a historiography shows you which interpretations have been challenged. 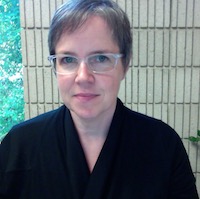 Use the arrow in the chat box to open the chat in a new window.

If I'm not logged in, please email me at amanda@uri.edu or click here to make an appointment.

This work is licensed under a Creative Commons Attribution 4.0 International License.